Cirneco dell’Etna – Silvento Medea as a puppy at IDS 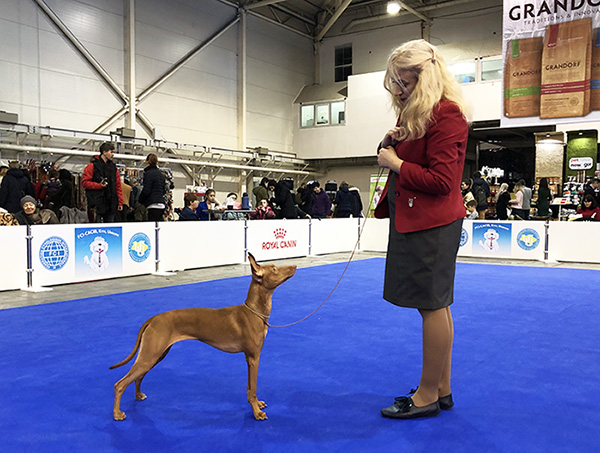 It was last show in puppy class for Medea as well as the first one as since end of December she will finally enter Junior class. As several days before the show I managed to get sacrum fracture when one of our italian greyhounds during the walk near the lake decided to fall through the ice, being so crazy at 8 years of age to follow ducks … on the ice. And for sure I was so brave that took away all my clothes and decided to follow our IG who was already under the ice…and it happened – I fell down. Our stupid italian greyhound is alive, I managed to get her even with broken sacrum but doctor as well as my pain told me “only slow steps, no running”. SOooooooo Medea was showed by Svetlana Tkach in the ring  😛  I do feel so thankful to Svetlana for showing Medea. It was their first meeting ever and Medea behaved like she knows Svetlana since her early childhood.