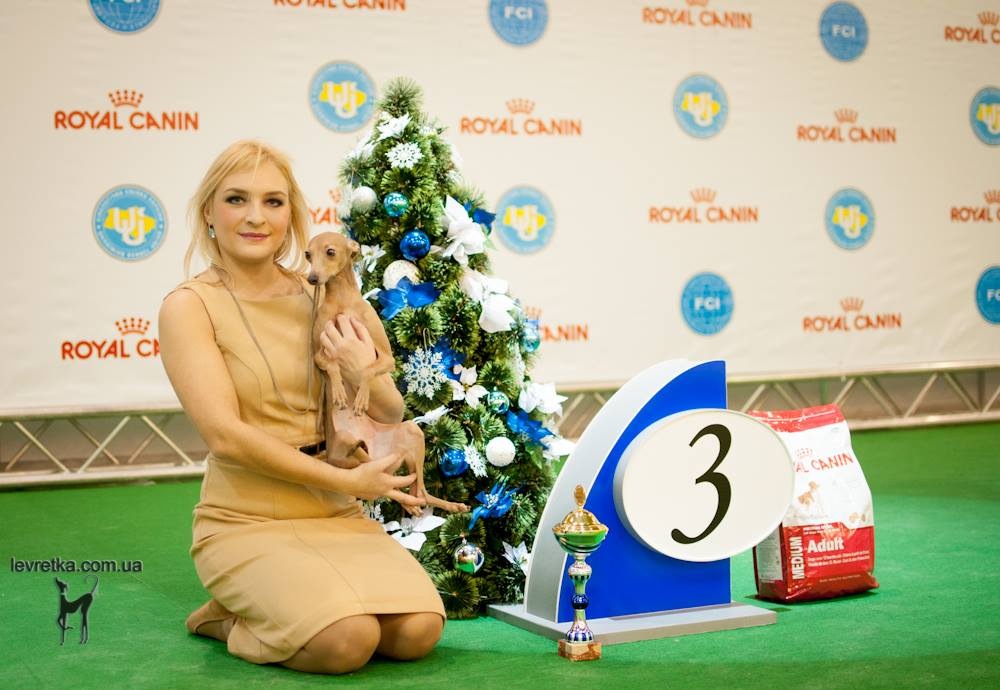 C’est un deja vu! And indeed it seems like everything happened again this year )). The biggest shows of the year in Ukraine were held in Kiev, where the italian greyhound that is owned by our kennel again showed great sucсess. Just two years ago at the same dog show – Kyivska Rus’ – 2011 our Italian greyhound girl SILVENTO Diamoura Angioletta became BOS as well as last year in 2012 this year her friend, our IG – Luccila Forum Romanum – was Best Junior and on the next day BOB – this year the same dog – Luccila Forum Romanum – did not even the same, but even better results at this dog-shows. It was a nice dog show, full of nice meetings. So both dog-show were really successful for our kennel as always, Luccila finished her CH UA title, CH UKU and Best representative of breed in ukraine titles! Well done, Lucci! Lucci was measured and her official height is 33,5 cm now. And one great thing that happened as well is that I finally fount time to make health check to both Lucci and Hellica Forum Romanum, that was scheduled for December 2013. Both Lucci and Helly have clear eyes, patellar luxation 0/0 and Helli had her heart tested – she is ok : ) So no more words – here are the full results of our Lucci from these main shows of the year in Ukraine:


And several words about dog-show in Prague (Czech Republic) that was held on 2-3 November, 2013. Silvento Euthenia (aka Zenya) was showed there by our friend Liudmila Zatudnaya (owner of borzoi / italian greyhound kl “Zabava Znaty”). Or it was the influence of the long way by bus, or some stress because of the season that Zenya had or – I don’t even know, but… Zenya behaved like crazy at the show with Luida and showed in the most awful way for the first time so got “without a mark” on the day 1 of the show and “very good” on the second day! Shaming you, Zenya …